Let’s start with a bit of light anthropology.

Rites of passage are community rituals that mark an individual’s progress from one stage of life to another. They can involve an ordeal of some kind designed to test the individual to the limit and communities have always had them. Once through the test, the newcomer is welcomed into the community where everyone shares a renewed sense of courage and togetherness. You can see this in initiation ceremonies into school groups and gangs, and in military services worldwide. It can make sense to test the limits of someone’s courage when your own life or that of the community could depend on it.

But a rite of passage is not always about risking life. Confirmation, bat and bar mitzvahs, weddings and graduations all give family and community a chance to get together with food and dancing to bless the new development. There are plenty of less formal rites too, like a new uniform on moving up to Big School, or a stag party. 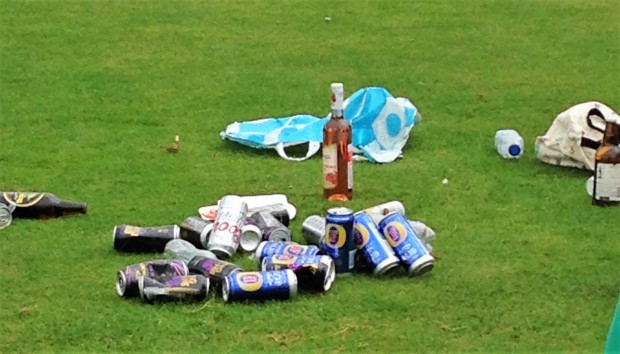 Each of these rites makes a statement of solidarity. It’s about joining and acceptance.

Rite of Passage fiction, on the other hand, can be about resistance to blending in. It is where individuals courageously discover their own singular worth and destiny, possibly at odds with society around them.

Do I mean Coming of Age stories?

Who occurs to you whenever you think of a rite of passage story? Do you think of Jim Hawkins in Treasure Island or the boy in the film Shane? Holden Caulfield in The Catcher in the Rye? Ralph in Lord of the Flies? Some young man moving from youth to manhood? Actually, anybody can feature in a Rite of Passage story, whatever their age and gender. Maisie, for example.

Henry James’s novel What Maisie Knew was first published in 1897. Maisie is ten years old when her parents divorce and they are granted alternate custody of her for six months each. James says in his own preface: ‘The wretched infant was thus to find itself practically disowned, rebounding from racquet to racquet like a tennis ball or a shuttlecock.’ He’s rather betrayed himself in talking about the child as ‘it’ but let’s press on. Her parents are ghastly, unreliable and useless. Regardless of what Maisie wants or needs, they both remarry pretty quickly, as much to spite each other as anything else. Maisie’s parents continue to suit their selfish selves, leaving their gorgeous new spouses to fall in love with each other.

Where does Maisie fit in all this?

In the (otherwise excellent) 2012 film Maisie chooses to live with the beautiful, loving young couple who used to be married to her parents. In James’ novel, crucially Maisie considers this option and rejects it. Her experience is that adult relationships don’t work and she’s not going to trust this new one either. Instead she decides to spend her future with the only constant person in her life: her nanny – not the most beautiful person in the world but utterly good-hearted and steady – called Mrs Wix. It is a brave choice for the little girl to make and James describes it tenderly as Maisie’s ‘great moment’.

Here is the essence of a Rite of Passage novel:

having been pushed to the limit, the character has a ‘great moment’ of realisation of what she or he most fundamentally needs – and finds the courage to act on it. Hurray for Maisie!

What are the ingredients of Rite of Passage stories?

Many of the well-known Rite of Passage stories tend to follow the classic story arc, the one that goes: Problem – obstacles – increasing stakes and crisis – battle – insight / epiphany – resolution from the main character’s own inner resources – aftermath leading to the new future.

My usual caveat, by the way: I have no interest in tying you to any formula. Forget what you’ve just read, whatever you need from it will come to you as you write. The shape of your story is up to you.

What makes it a Rite of Passage tale?

The theme. Your main character is on a journey of potentially revolutionary self-discovery at the deepest level:

My Brilliant Career by Miles Franklin (1901) is a classic tale of conformity versus vocation, Rite of Passage and escape. (With elements in common with Jo’s story in Alcott’s Little Women.) The novel was rejected many times until the publisher William Blackwood declared it to be the first great Australian novel with (feminism aside) magnificent descriptions of the outback. William Golding also suffered many rejections of Lord of the Flies. These novels were saying the unsayable and had a tough time gaining acceptance.

Another difference between Rite of Passage and other stories is the frequency of unhappy endings. In Lord of the Flies, a naval officer arrives and removes the surviving boys to safety and we have no sense that anyone has learned anything except (in Golding’s words) ‘the darkness of man’s heart’. Holden Caulfield (Catcher in the Rye) discovers loving happiness in being with his little sister but the novel hints at a difficult future for him and does not resolve his sense of being an outsider. Salinger’s brilliance lies not just in the honest, first person style but the sly exploration of whether it’s Holden or the conformist society around him that is deranged.

In a survival story, darkness descends on the main character and has to be suffered until the character is rescued or finds a way to escape. There is no sense that the character deserved or needed this experience.

In a Rite of Passage story, the dark experiences are the making of the main character and provoke the necessary decision about the future that they would not otherwise have had the strength or opportunity to make.

Anybody who endures a horrifying experience learns in the course of it. But in Twelve Years A Slave, for example, no-one would allege that Solomon or any of the other slaves needed to endure what they did to become more fully themselves.

Lord of the Flies is often held up as classic Rite of Passage but I feel that it’s actually a survival story. Ralph learns more on the island than anyone his age should know but he does not need the appalling sequence of events to become more fully himself. He remains the fundamentally decent person he was when he first put the conch to his lips.

You may well feel differently. I’m not laying down rules, just throwing up thoughts for you to consider while you work out where you draft might benefit from a little help here or there.

Next week, we’ll be Overcoming the Monster. Happy writing!