Do you know anyone who has started out in life with nothing very much and has managed to get rich? Someone you were at school with perhaps, or a member of your family? Take five or ten minutes to write a character sketch of that person. Compare how that person was before and how they are now. Look at changes in your relationship and how you feel about them. Be as personal as you like and keep to the truth of what you see and feel. It’s private, they’ll never see it.

Then take five minutes to write freely and privately about your own greatest desire. Make it something attainable at a push – not world peace, however lovely that would be – and something that would fulfil you. Expand on it to your heart’s content: what steps could you take to get it, how would you feel when you have it, how would people react to you then, why is it important to you etc. Go as deep into your emotions as you dare, and it doesn’t have to be pretty …

What is a Rags to Riches story?

The Rags to Riches plot is probably the one we hear earliest in our lives, long before we reach school. Some of the old folk tales go back a long way: Puss in Boots dates from 1729, Dick Whittington from 1605, Aladdin is 8th century (1001 Nights), and Cinderella is thought now to originate maybe 3000 years ago. Like the best plots, it runs through the core of both Testaments of the Bible and inhabits cultures everywhere. Like so many folk tales, the English story of King Arthur made the transition to Disney in The Sword in the Stone (1938 by English writer TH White), for example, where a humble little lad slips a big sword from where it’s embedded in a rock and goes on to rule as king.

Once we learn to read for ourselves, the horizon expands enormously. Dickens loved the Rags and Riches story and came back to it time and again, not least in Oliver Twist, David Copperfield and Great Expectations. On the romantic side, Cinderella develops into a thousand stories from The Great Gatsby and Gone with the Wind to Jane Eyre and Pride and Prejudice. 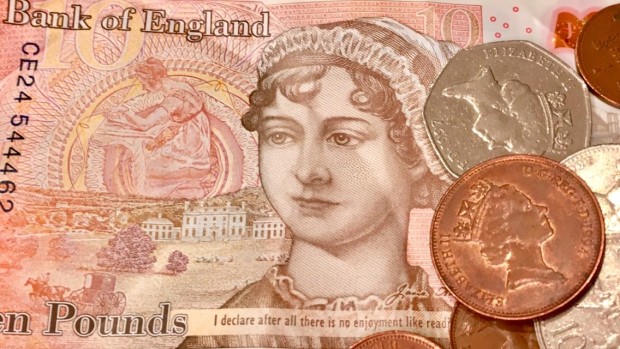 Take a few minutes to list your own favourite Rags to Riches stories – novels, plays, films, it doesn’t matter – and make a list of your best-loved moments in them. Steep yourself in each of those moments in turn and write privately for yourself about what you think makes them work:

Whenever you study a favourite novel, don’t be afraid – after your first reading for sheer enjoyment – to break it down into its smallest parts. Examine each paragraph, each line of dialogue, each half-line introducing a new character into a scene, each time a new relationship is set up – and study your responses to each part as much as to the whole. Civilians (non-writers) think our stories fall onto our pages and screens ready minted, perfect but it’s not true. Each line is worked and tussled with. So try and work out why great writers chose the elements they did, in that order. Martin Amis likened writing to playing snooker, getting a feel for the best angle and pressure of striking a ball to fire it into the pocket. There’s no need to copy or steal – just absorb from this sort of close study and what you need will come to you when the time is right.

If you Google ‘Rags to Riches’, you’ll find lists of real people who have come from very humble beginnings to set up and run some of the biggest corporations in the world. This is no coincidence. Something about their early poverty drives them, as it drove Dickens. The real story is not always pretty and the Rags to Riches plot has an underside. Heathcliff in Wuthering Heights is the best example: thwarted in love, he sets out to bully, conquer and humiliate everyone around him financially and personally until he has created widespread misery and great loneliness for himself.

Wuthering Heights is more a revenge tragedy than a love story: discuss.

Clever old Dickens shows Ebenezer Scrooge how much more there is to life than money in A Christmas Carol, one of the wittiest stories ever written.

The mother and father of all Rags to Riches stories is …

The Mayor of Casterbridge. Thomas Hardy brings it full circle: his hero Michael Henchard works his way up from being a homeless agricultural worker to commercial success and honour as Mayor, then back to poverty and drunken ignominy, breaking all our hearts in the process.

Ingredients of the Rags to Riches story:

As Miss Prism tells us, in Wilde’s The Importance of Being Earnest, ‘The good ended happily, and the bad unhappily. That is what fiction means.’ For some of us anyway – you can reinvent the wheel with your story while keeping a weather eye on how the old skills can help.

So can these various plot structures overlap?

You’ve spotted that Jane Eyre and Pride and Prejudice are love stories combined with Rags to Riches. That A Christmas Carol is a ghost story with strong elements of Rags to Riches. Studying these plots is not, as I said, an exercise in putting things in boxes and keeping them there. We’re looking at the strongest classic plot lines to see if they can help your story.

By now you have a feel for story arc, for the mid-way catastrophe, for that sense of repeated tension and release through the obstacle-course middle section, for the pitch and placing of the climactic battle and its resolution, and taking time at the end to give a sense of life going forward again for your main characters in their hard-won new world. These are not cheap tricks; they have been part of story-telling’s craft for thousands of years at every level of sophistication.

The Rags to Riches story in its purest form is probably Hans Christian Andersen’s story of The Ugly Duckling (1844). This story took him a year to write. Please take the time to read that sentence again. It was the first of his stories not to be designated as written for children and it told something of his personal story. Andersen believed that he was of royal lineage, from the wrong side of the blanket, so his choice of the heraldic swan was deliberate. That did not stop people of all kinds everywhere relating to the story which became an immediate success.

The traditional Rags to Riches elements are there:

There are no magic spells in this story. No Fairy Godmother transforms or dresses him. It is all about inner beauty getting its due. We long for that sort of justice and look to fiction to comfort us when it seems to be a rare thing in real life.

Justice is also part of the appeal of a good thriller … and next time we’ll take a look at the classic thriller plot.

Have a happy writing week!